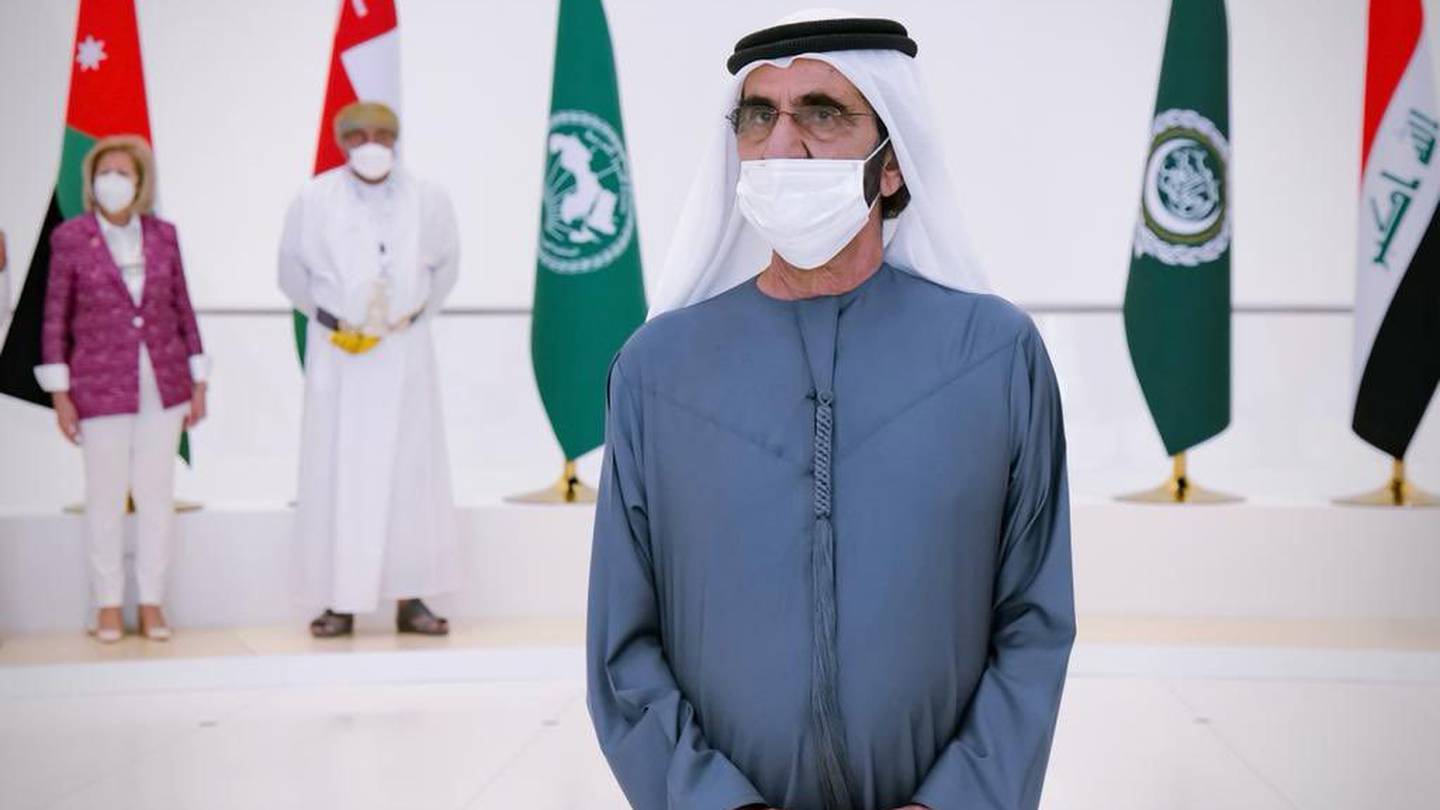 He was accompanied by the Secretary General of the League of Arab States and Arab Ministers of Culture.

“The Arabic language deserves many summits because it is a summit [pinnacle] in beauty, a summit in breadth and comprehensiveness, and a summit as a vessel of civilization in all its dimensions, â€Sheikh Mohammed wrote on Twitter.

â€œI also witnessed the signing of the United Arab Emirates Declaration on the Arabic Language. I signed it with the Arab Ministers of Culture.

â€œWe declare our commitment to it as the language of our identity, our culture and our sciences. “

Noura Al Kaabi, Minister of Culture and Youth, opened the event on Sunday.

â€œWe are meeting today to write together a new chapter of cooperation and partnership aimed at supporting and empowering the Arabic language … so that it becomes the language of knowledge and civilized communication. “

The inaugural event, organized in collaboration with Arab Ministers of Culture at Expo 2020 Dubai, is hosted by the UAE Ministry of Culture and Youth in partnership with the Abu Arabic Language Center Dhabi, under the theme â€œBridging culturesâ€. Connecting civilizations â€.

Experts will discuss the importance of the Arabic language through a series of panel discussions and workshops on December 19 and 20.

The summit aims to have a meaningful discussion on the future of the language and its importance in strengthening the region’s global presence, Ms. Al Kaabi said.

â€œOur meeting today is a window of hope from which we envision a bright and promising future for our language,â€ she said.

The opening of the event coincides with World Arabic Language Day, celebrated annually on December 18.

It was on this date in 1973 that the UN General Assembly adopted Arabic as the organization’s sixth official language.

â€œThe Arabic language is still alive and capable and for the nations that are also,â€ said Ahmed Aboul Gheit, secretary general of the Arab League.

“Arabic is the language of the Quran – a language we use to read the holy book.”

Dr Mojeb Al Zahrani, Director General of the Institut du Monde Arabe, was honored as Personality of the Year for his contribution to the Arabic language.

Iraqi singer Kadim Al Sahir performed at the event to thank the countries and people who are working to raise the profile of the language.

What is the Arab Declaration of the United Arab Emirates?

The Arab Declaration of the United Arab Emirates has 10 principles.

1. The Arabic language is intrinsic to the Arab identity;

2. New ways of teaching and studying the language in schools should be developed, with work carried out with specialized research centers to introduce modern curricula based on international best practices and develop programs for teachers of the Arabic language. It can help them to teach it in a scientific way;

3. The declaration underlined the importance of improving the quality of Arabic digital content to provide Arab users with useful and reliable material that helps them in their life and work;

4. Technology must be used to build a digital infrastructure that incorporates the use of Arabic;

5. The fifth principle focuses on the education and media sectors in promoting the use of the Arabic language. It emphasizes the need to introduce subsidies and build a framework in which intellectual property rights are protected;

6. Development and investment in translation services for Arabic is necessary to increase its contribution to knowledge on a global scale;

7. The declaration calls for investing in the translation of science and research documents to make them available to researchers and scientists. Their work should also be translated into other languages;

8. The eighth principle focuses on Arabic as a world language. Knowledge should be shared by establishing global partnerships with academic institutions and cultural centers;

9. The ninth principle concerns national benchmarks and policies. Arab societies need sound language planning, developed by governments and community institutions, to be translated into language policies regarding the Arabic language in education, media and industry;

10. The tenth and final principle is devoted to the declaration on the future of the Arabic language. The aim is to establish modern approaches to counter the challenges that the language faces today.