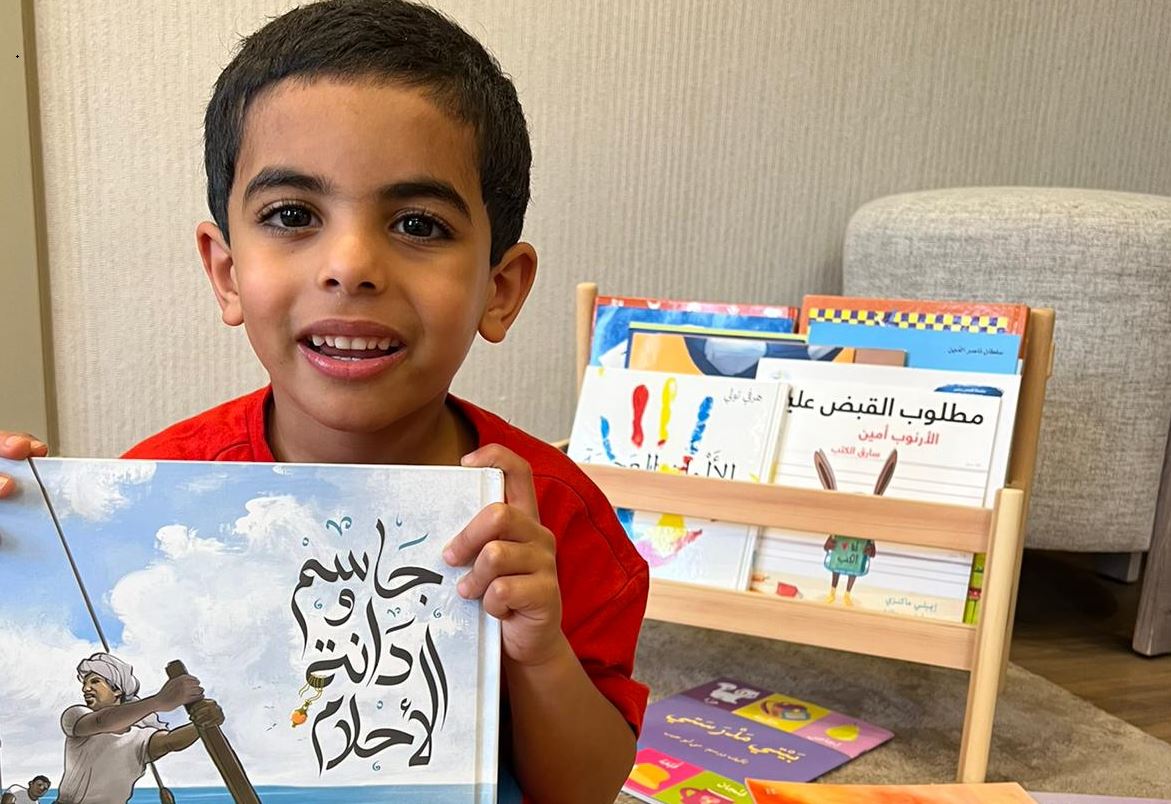 If we could look at our children in their twenties, what would we hope to see?
Amid the expansion of media and digitization in our world, coupled with cultural openness that knows no borders, the mother tongue plays a central role in shaping children’s identities and strengthening their sense of belonging and their connection to their ancestral history. And on World Arabic Language Day, parents of students in Qatar Foundation schools shared their perspective on promoting their children’s use of the language and how they allow that within their families.
Nayla Ahmed Al Musallam, mother of a student at Qatar Academy Msheireb (QAM), which is part of the Pe-University Education (PUE) of the Qatar Foundation (QF), highlighted the intrinsic value of the Arabic language to her family over the generations. â€œFirst, the importance of the Arabic language lies in the fact that it is the language of the Holy Quran,â€ she said. â€œWithout Arabic, how can our children benefit from the stories of the Holy Quran, the Surah (prophetic biography), supplication and prayer?
â€œSecond, the Arabic language is part of our identity and is of paramount importance in building a powerful personality for children and strengthening their belonging to their community. A sense of belonging is part of a child’s psychological needs, and without it, their personality and self-esteem are negatively affected.
â€œAs a family, we believe in the importance of learning languages â€‹â€‹and opening up to other cultures, but a child’s brain needs to master the mother tongue so that it can form a developed linguistic apparatus which paves the way for the learning of other languages. Studies have shown that children who master their mother tongue are better able to learn foreign languages.
On the challenges children face today in adopting their mother tongue and the threat they pose to their association with Arabic, Aisha Sultan Al-Humaidi, the mother of a student at Qatar Academy Al Khor (QAK), part of QF’s PUE, believes the responsibility for dealing with them lies with the community as a whole.
“I believe that there are obvious reasons behind the decline in the level of the Arabic language among the new generations,” she said.
â€œThis includes exposure to non-significant media and the interest of many parents in English and see it as the language of priority in university studies, with some seeing it as a requirement of social prestige. This is in addition to the spread of the so-called Arabizi (Arabic cat alphabet) among young people on social media platforms and digital apps.
As mothers who understand the importance of Arabic in shaping and developing fundamental aspects of children’s personalities, Al Humaidi and Al Musallam believe that there are practices that should be applied and respected by families to instill Arabic in the consciousness of their children from a young age. This is particularly the case when we take into account the spread of digital technology and foreign languages, which have become a prerequisite for access to education and knowledge.
“From the start, we wanted to instill certain habits to nurture a love of Arabic in our children, including conducting conversations with them at home in Arabic and choosing topics that appeal to and interest them,” said said Al Musallam.
â€œConducting conversations in Arabic is constantly adding new vocabulary that improves children’s linguistic inventory. We also made sure that our children memorized the Holy Quran, and we used language games – such as puzzles and puzzles – to attract them, especially in the first seven years of their lives.
â€œReading Arabic every day, whether during the day or before bed, is also vital. In Qatar, we are fortunate to have an initiative like Qatar Reads, a QF initiative. We are members of her family reading program and look forward to the books and monthly programs. And we also watch the Siraj TV series, also a QF initiative, which aims to nurture the love of Arabic in children. It’s one of our favorite shows.
While Al Humaidi believes that innovative ways to get students interested in the language are needed. â€œOur perspective on teaching Arabic to children should go beyond the classroom, where the process should be continuous even outside of school,â€ she said.
â€œWe should design interesting Arabic language competitions, as well as create high quality Arabic anime. It is one of the most popular types of content among children and young people.
Al Humaidi and Al Musallam agree on the importance of choosing a favorable school environment for children to learn Arabic as a first language, as well as on the role of daily reading to children from birth, and of motivating them to choose the subjects they prefer without feeling they are forced.
The celebration of World Arabic Language Day coincides with Qatar’s National Day, which Al Musallam considers a good thing. â€œTying the Arabic language to all that is joyful inevitably has a positive impact, and we look forward to seeing our children participate in national celebrations as an opportunity to instill a sense of belonging in their consciousness, strengthen their national identity and to be proud of our mother. language.”