Opening of the Arabic Language Center Congress in Abu Dhabi

The first organization of the Abu Dhabi International Congress of Arabic Publishing and Creative Industries on the eve of the emirate’s book fair.

Interviews with the speakers: Maha Abdullah on localization and Abdulsalam Haykal on the Majarra platform

Towards “the flexibility of the digital world”

IIn its inaugural presentation on the eve of the Abu Dhabi International Book Fair (May 23-29), the Arabic Language Center Abu Dhabi today opened its International Bilingual Arabic Publishing Congress and creative industries with the accomplished staging and spacious production values ​​common to these professionally produced conference events in the UAE.

The invigorating opening comments from Dr Ali Bin Tamim of the Language Center were generally eloquent, as he spoke of the remarkable “flexibility of the digital world”, which remains out of reach in some parts of the Arab world and is sometimes misunderstood. for its potential value. the international distribution and exposure that works in the Arabic language deserve.

Bin Tamim’s commitment to the promotion of Arabic literature is evident, of course, in his work as Secretary General of the Sheikh Zayed Book Award, the industry-leading awards scheme which on Tuesday, May 24, will celebrate its 16th cohort of winners in an invitational program at Louvre Abu Dhabi.

“The role of technology in business” 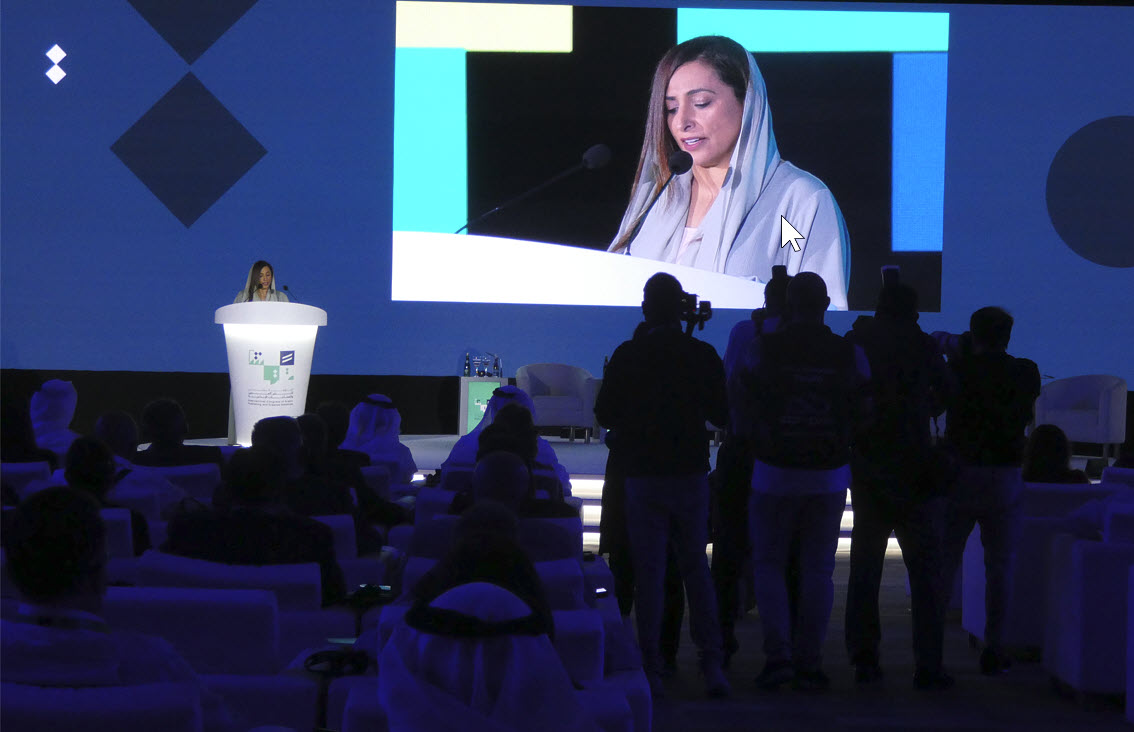 Sheikha Bodour Al Qasimi, President of the International Publishers Association (IPA), Founding Publisher of the Kalimat Group and the Emirates Publishers Association, and daughter of Sheikh Dr. Sultan Bin Mohammed Al Qasimi, Author-Sovereign of Sharjah – spoke of his encounters with IPA editors during his travels in Egypt, Saudi Arabia, Morocco, Tunisia, and “their passion and enthusiasm for nurturing local talent, encouraging local content and expanding the role of technology in business”.

“We are currently witnessing the writing of a new chapter in the history of the publishing sector.Bodour Al-Qassimi

In his comments, you could hear the moving personal dedication that Al Qasimi has made to his work. “In recent years,” she said, “the Arabic publishing sector has been active with many internal debates that establish a new understanding of the central role that publishing plays, and can play, not only for support cultural development, but also to support overall development. development of the inhabitants of the region.

Al Qasimi spoke movingly about the struggles of these market players with “the current state of copyright and freedom of expression, especially in light of the recent spike in digital piracy during the COVID-19 pandemic. 19”, an extremely difficult challenge for the book industry often unsupported. through law enforcement and the protection that publishers and authors need.

“I hope you will continue to ask questions, no matter how difficult or complex. We are currently witnessing the writing of a new chapter in the history of the publishing sector. This is a chapter that requires a deep understanding of the transformative changes taking place and adapting as quickly as possible to continue the journey.

The digital divide and efforts to reduce it 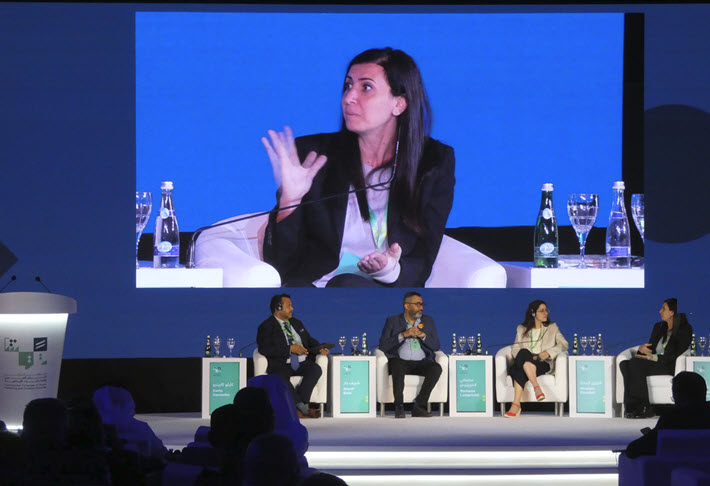 Storytel’s Stefanie Lamprinidi talks about the viability of digital publishing in cultures that are still new to audio and e-reading. Image: Publishing Insights, Porter Anderson

In the first panel of the day, on Arabic publishing, much time and attention was devoted to the issues of digital publishing in the region, the race to embrace it in the wake of “digital acceleration” of the pandemic and the gap that can sometimes exist between publishers. ‘ efforts and intentions and varying levels of audience receptivity to new ways of consuming content.

Storytel’s Stefanie Lamprinidi, who leads the Stockholm-based company’s content expansion effort, said that in the Arab region, the subscription operation, about five years old in the MENA region, is seeing a preference common early for non-fiction among its audiobook listeners. This, she says, can be expected to expand to more fiction, following the trend Storytel is seeing in its more mature audio markets.

Sweden, panelist Shereen Kredieh told the audience, is not necessarily a good comparative market for the Arab world (and many other global markets) in terms of adoption of audio and e-book consumption, which would account for approximately 50% of the reading there. . She’s right, of course, in that Storytel was founded there in 2006 by Jonas Tellander, and the Nordic markets have always led the way in international interest and use of digital formats, primarily audio.

Nevertheless, in our in-depth interview with Yasmina Jraissati, who is responsible for publishing Storytel in the Middle East and North Africa region, she pointed out that Storytel has an important role to play in the transition of the market, “providing a high-quality service and showing people that there is a more sustainable way to consume audiobooks than
piracy.”

This story is available in our special Abu Dhabi International Book Fair Show magazine here as a free download on page 12.

And we offer you preparatory interviews with two key speakers of the day: 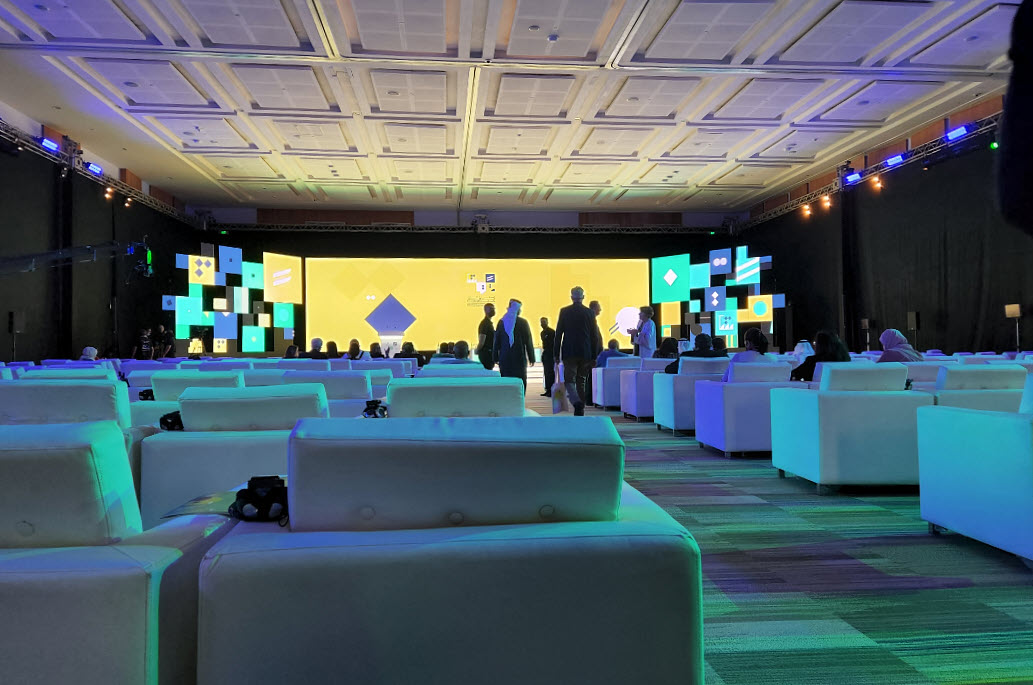 More information on Publishing Perspectives on the Abu Dhabi International Book Fair is here, and more on the United Arab Emirates market is there. To learn more about book fairs and global publishing trade shows, click here. More on translation here, and more on Arabic in publishing here.

Publishing Perspectives is the global media partner of the Sheikh Zayed Book Award and the International Publishers Association. Our extensive coverage of ADIBF 2022 is supported by the Abu Dhabi International Book Fair.