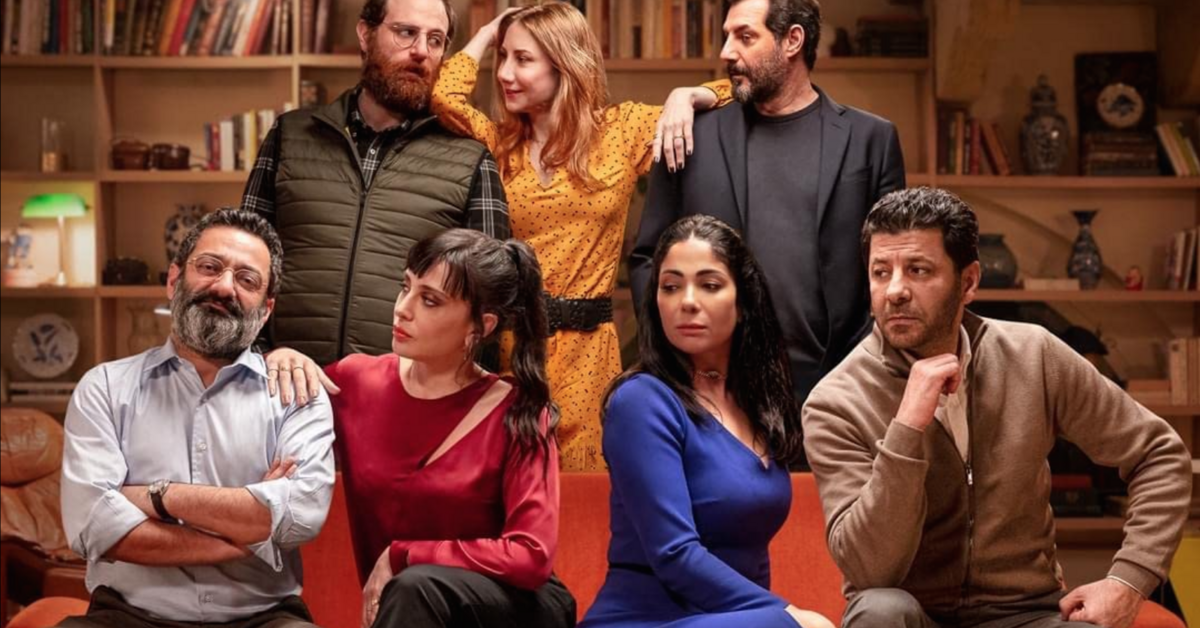 Days after its January 20 launch, the film, the latest in a series of international adaptations of the 2016 Italian comedy-drama under the same name, has come under fire from conservatives on social media, with some accusing Netflix of ” seek to spread deviant ideas” and try to normalize them. Meanwhile, supporters defended the right viewers to choose what they watch; others have argued that those who deny the existence of vices in our society are like ostriches burying their heads in the sand.

The film’s plot revolves around seven friends who, while having dinner, decide to play a game of placing their cell phones on the table and making all their incoming calls and texts public. Many dark secrets are revealed afterwards: a woman who chats online with unknown men is revealed and one of the participants comes out as gay.

Public debate over the film has spread from social media to mainstream local media. When her show aired January 25 on Saudi channel MBC Masr, TV presenter Eman Reyad appeared genuinely alarmed that her seven-year-old son had asked her what the word “gay” meant. His guest, a life coach, responded by saying there was nothing to worry about. She advised him to explain to his son that there are different sexual orientations.

Egyptian lawyer Ayman Mahfouz has threatened legal action against the Ministry of Culture if it does not ban the film from being shown in Egypt.

“The film spreads poison in society through offensive scenes and language that go against our morals and values,” Mahfouz said. He told Al-Monitor that the film “promotes homosexuality and attempts to impose heinous values ​​and morally repugnant behavior on our society.”

He also filed a complaint with the prosecution against the film’s co-producer Mohamed Hefzy, accusing the latter of “seeking to destroy family values ​​through his films”.

Mahfouz noted that Hefzy was also the screenwriter and co-producer of the equally controversial film “Feathers” which sought “to tarnish Egypt’s reputation through its depiction of poverty”.

‘Feathers’, a comedy-drama, won the Critics’ Award at last year’s Cannes Film Festival, where it premiered, and Best Narrative Feature at the Gouna Film Festival last October. . When “Feathers” was screened in the Red Sea resort town of Gouna, several actors came out to protest the film’s “negative portrayal of Egypt”. Sherif Mounir, one of the actors who came out, later told MBC Masr that the film went too far in its depiction of the slums, portraying Egypt “in a negative light”.

Members of the arts community have backed Egyptian actress Mona Zaki, who has been slammed by critics in recent days for a scene in the film in which she is seen taking off her underwear and putting it in her handbag before leave the house. In a tweet expressing his solidarity with Zaki and her husband Ahmed Helmi, who also bore the brunt of public outrage over the film, director Amr Salama wrote: “We pledge to continue to fight for freedom of expression and creativity, no matter how much they [the conservatives] Resist.”

“We have reached the abyss of absurdity… the denunciations of the film have gone viral but these same critics did not object to the closing of the Atelier d’Alexandrie which had been operating for decades,” he wrote. in reference to the Alexandria-based gallery which since its inception in 1934 had served as a space for cultural debates, art exhibitions and film screenings.

Zeidan continued, “This [the uproar] is yet another sign of the general state of stupidity and testifies to the superficiality that followed the dissolution of the project of political Islam and the failure of artistic, intellectual and literary efforts to fill the existing void.”

In a statement posted on its official Facebook page, the Theater Professions Union insisted that it protects freedom of creativity and artistic expression and will not stand idly by in the face of verbal attacks, intimidation or to the psychological terror of any Egyptian artist for his/her artistic works.

He said: “The role of art and soft power is to tackle controversial issues and sound the alarm about the many (dangerous) phenomena that are infiltrating our society. Egyptian artists must counter and expose these phenomena through their works and alert the public because this is the role of art in general and actors in particular.”

Film critic Tarek El Shennawi argued that the fuss over the film highlighted “the ongoing tug of war between secularists and ultra-conservatives over the country’s future”. He suggested countering “foreign influences with ideas”.

“The hype around the film is unwarranted,” he told Al-Monitor. “Opponents think they can ban a Netflix production, but that’s naïve. What we should be doing instead is producing films that truly represent our family values ​​and allow international audiences to see them.”

Shennawi noted, “Conservatives who falsely claim that homosexuality and infidelity do not exist in Arab societies sit in the sand. Radical voices belong to a segment of society that seeks to impose its religious and cultural values ​​and ideals on others and can neither accept nor tolerate different and more liberal viewpoints.”

Award-winning novelist Alaa al-Aswany dismissed widespread criticism of the film as “an attempt [by the government] at divert public attention more pressing issues. He told Al-Monitor that the authorities wanted to divert public attention from their economic difficulties and other internal challenges such as another expected price hike and a shortage of liquidity in the banking system.

Aswany, a government critic whose best-selling “The Yacoubian Building” was translated into multiple languages ​​and made into a film of the same name in 2006, lives in self-imposed exile in New York where he teaches an online creative writing course. “The Yacoubian Building”, the first Egyptian film to break the taboo of homosexuality by featuring an openly gay character, might never have reached local cinemas if Hatim, the editor of the gay newspaper, hadn’t been beaten to death by her lover near the end of the film. His murder was probably seen by censors as appropriate punishment for his immoral acts.

Unlike Hatim in “The Yacoubian Building”, the gay character in the film “As-hab Wala A’az” is portrayed in an assertive light and wins the sympathy of some of his friends, which worries Egyptian politicians.

In an urgent appeal to Speaker of the House of Representatives, Mahmoud Kassem, an MP from the pro-government Future of the Nation party, called for the film to be banned in Egypt for its “controversial content” which he said “goes to contrary to Egyptian morality” and “encourages homosexuality.

Mostafa Bakri, another deputy leading the cavalry in parliament, suggested that the film’s release was “part of a plot to disrupt Egyptian and Arab societies” and “destroy family values”.

The homophobic rant is neither new nor surprising in a country where homosexuality is generally frowned upon and members of the LGBTQ community face systemic persecution and are frequently detained under the country’s anti-blasphemy laws under the charge of “fomenting strife” and “spreading immorality”. .”

What is perhaps new is that Egyptians are now publicly debating previously taboo issues such as homosexuality and extramarital affairs.