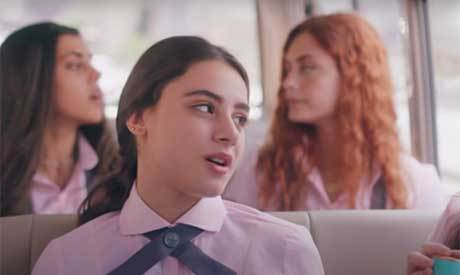 â€œAlRawabi School for Girlsâ€ is a teen drama program that focuses on a small group of outcast teenage girls who choose to join hands in revenge on their tormentors. It follows in the spirit of the critically acclaimed â€œDerry Girls,â€ an international young adult series created and focused on women set in a prestigious girls-only school, and reinvents the popular notion behind productions like “Mean Girls” and “Get it yet. ‘

The series received mixed reviews, with some claiming they were related to the main characters, while others claiming the series did not properly reflect the Jordanian community.

The story centers on Mariam, a girl who was bullied at her school. Being in a girls’ school, she goes along with other socially discouraged girls and takes revenge on those who have wronged her, putting the students and the school in big trouble. But eventually, she realizes that reality isn’t always black and white. Sometimes it’s different shades of gray. And not everyone is as bad or as good as she might have thought, including herself.

The show was filmed in Amman, Jordan. It has been published in 190 countries around the world and is available in over 32 languages â€‹â€‹with audio and written descriptions for people with disabilities.

Netflix’s second Arabic-language original drama series brings the stories of contemporary Arab girls to life in one of the most authentic ways possible, offering an ever-changing view of events through the eyes of multiple characters.

Yet more importantly, it covers topics like alienation, friendship, and bullying to show that everyone is inherently both good and bad.

Created by Tina Shomali and Shirin Kamal, the first being also the director, “AlRawabi School for Girls” stars young Arab actors like Andria Tayeh, Noor Taher, Joanna Arida, Salsabiela and Yara Mustaf, alongside the experienced Rakeen Saad. Together, these skilled Arab natives deliver a series entirely to their world to represent millions like them.