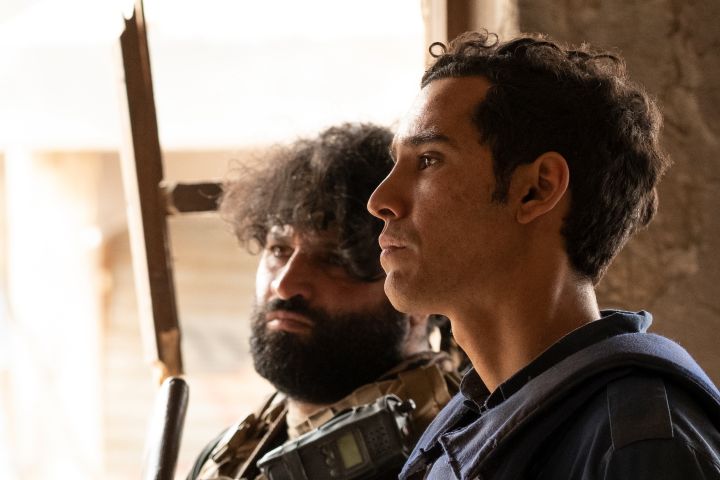 There has never been a war film like “Mosul” before.

Netflix’s new Arabic-language action drama, produced by the Russo Brothers and directed by Matthew Michael Carnahan, tells the story of an Iraqi SWAT team from the city of Mosul, who are fighting to free their city from the hold of the Islamic State.

Franco-Tunisian actor Adam Bessa spoke with ET Canada about his role in the film, its importance to Arab portrayal in Hollywood, and learning a whole new dialect for the role.

When asked what it was like to star in a great action movie, Bessa replied that it was â€œExciting. Exciting and physically demanding.

He said of preparing for the role: â€œWe did three weeks of training camp. Super intense all day. We had a lunch break. And that’s it and then we come back to it.

Bessa, who previously starred in Russo-produced “Extraction,” also spoke about what attracted her to the film.

â€œThe story itself, the fact that it’s the first time in Hollywood that there has been a whole Arabic cast in an Arabic language, which is historic. So to be a part of that is amazing, â€he said.

The film’s commitment to authenticity also required the actors to learn to speak the specific Arabic dialect of the city of Mosul, which Bessa compared to a Canadian learning to speak English in a dialect of Northern Ireland.

â€œThe accent, certain words, the attitude. It’s far, very far from where I come from, â€he said. â€œSo it’s the same language, I could understand maybe 60 percent. It was two weeks of coaching in dialect, more on the set. I mean, it was all day.

“I always asked him everyday, poor guy, I mean knocking on his door, ‘How do you pronounce that?’ He remembers. “He said, ‘It’s 2 in the morning, stop it.'”

For Bessa, it was also important that the film spotlighted heroic Arab characters, which is not always so common in Hollywood films.

â€œTo be able to be a hero in 2020 as an Arab is an extraordinary opportunity. He represents millions and billions of people. Sometimes your footage gets so messed up by people like ISIS, or what we hear in the news, but at the end of the day it’s just a little, little minority that messes up the whole picture, â€he said. declared.

â€œSo to tell this story, and to tell the story of this man, from this article, a true story. They fought against the people and they fought to liberate their city without Americans, everyone left, â€he continued. â€œAt the end of the day, it’s just a human story. And you just see the fact that we have more in common than we have differences, you know. “