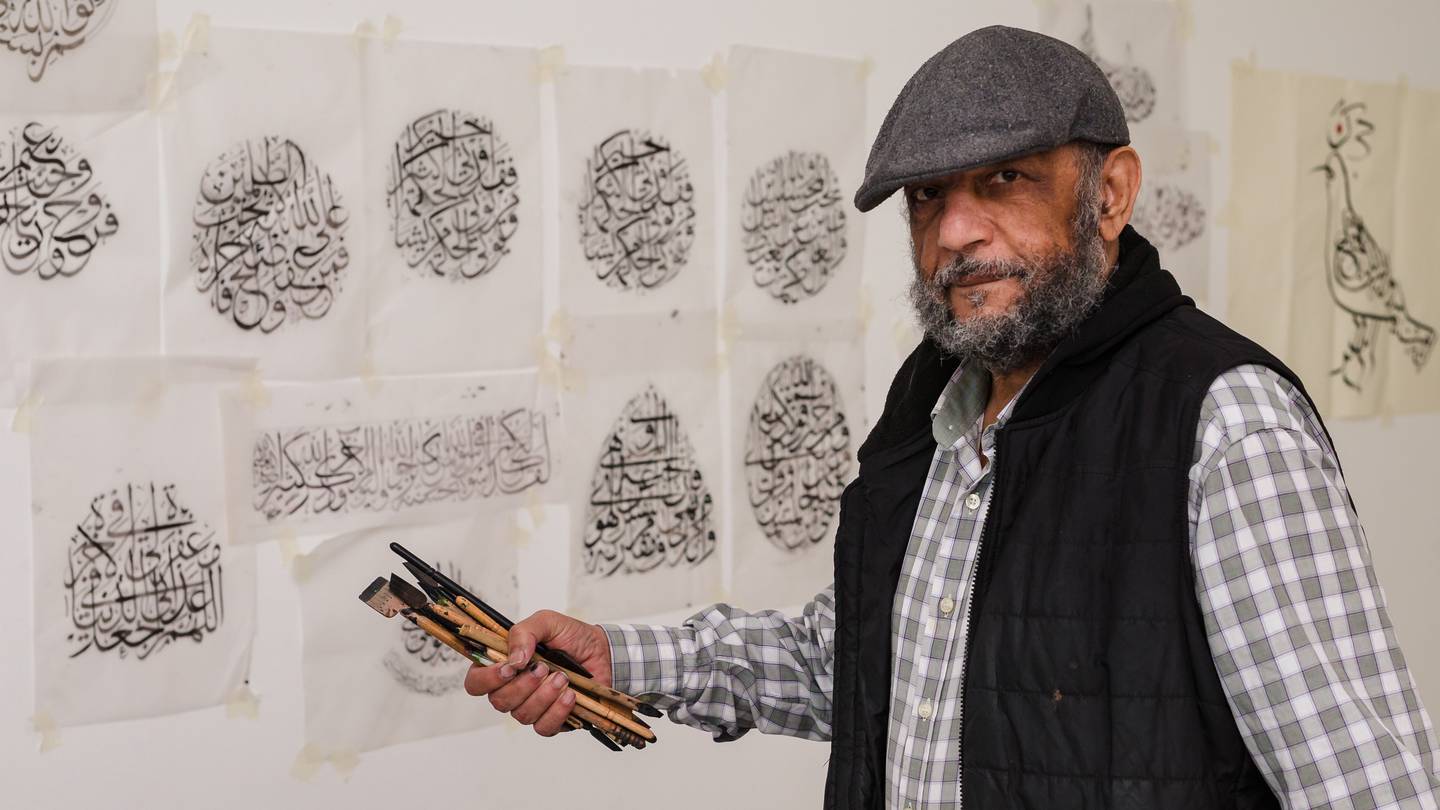 Growing up in Egypt as a child, Abdul Fattah vividly remembers watching his father as he wrote beautiful Arabic calligraphy on a large blackboard that hung in their home.

At only 8 years old, he picked up his first quill and began to imitate the pen strokes taught by his father. Very quickly, he became familiar with this unique art form.

â€œTalent is a gift from Allah. I realized very early on that he had given me the gift of being able to write calligraphy, â€says Fattah. The National.

At that time, not many people could write Arabic calligraphy in Dubai. Next thing I remember was they said “get him a visa”

â€œI did chores and with the money I bought books on calligraphy and spent hours at this painting. I have perfected my gift and love to teach it to people.

Now 68, Fattah has been in the United Arab Emirates for over four decades and it was his love of calligraphy that brought him here.

In 1980, he came across an ad in a local newspaper in Egypt that the Dubai Municipality was looking for an artist to help them write signboards in Arabic.

â€œI applied for the job and some officials went to Egypt and met about 20 people specializing in calligraphy, including me,â€ he says.

â€œThey asked me to write a sentence; it was ‘Medan al Bustan’, which if I remember correctly meant roundabouts in the Bustan area.

â€œAt that time, few people could write Arabic calligraphy in Dubai; that is why they came to look for people in Egypt.

â€œThe next thing I remember was they said ‘get him a visa.’ They picked me for the job and that’s how I came to the United Arab Emirates.

“I was only 27 and single. Now I am married and have four children, my life is rich.”

From the road to Al Maktoum Hospital and Salah Al Din Street in Deira, to the greeting signs outside the Dubai Municipality and Dubai Executive Council buildings, he says it is an honor to be part of the history of the United Arab Emirates.

He then worked for the public library and as a calligraphy teacher and tour guide at Dubai Culture.

Proudly showing off old photographs of his living room in Sharjah, the father of four says Arabic calligraphy should be an art form celebrated by cultures all over the world.

â€œWe have 12 typefaces in Arabic calligraphy,â€ he says.

â€œIt has become more complex as Islamic civilizations have developed. More characters like dots have been added and different regions and countries have created their own style.

â€œIn fact, you will find that even Arabs have difficulty reading some forms of calligraphy, despite being their first language. It has a lot to do with the shapes and directions in which the text is written.

Describing himself as an “Emirati-Egyptian at heart”, Fattah can now be seen in action by visitors to Expo 2020 Dubai over the coming months.

He will write Arabic calligraphy daily at the Sameem Open Air Pavilion in the Sustainability District, starting at 3 p.m.

â€œI am a nice man. I think as an artist you have to have sensitivity and emotion, and I have that. All I want to do is make people smile with my art, â€he says.