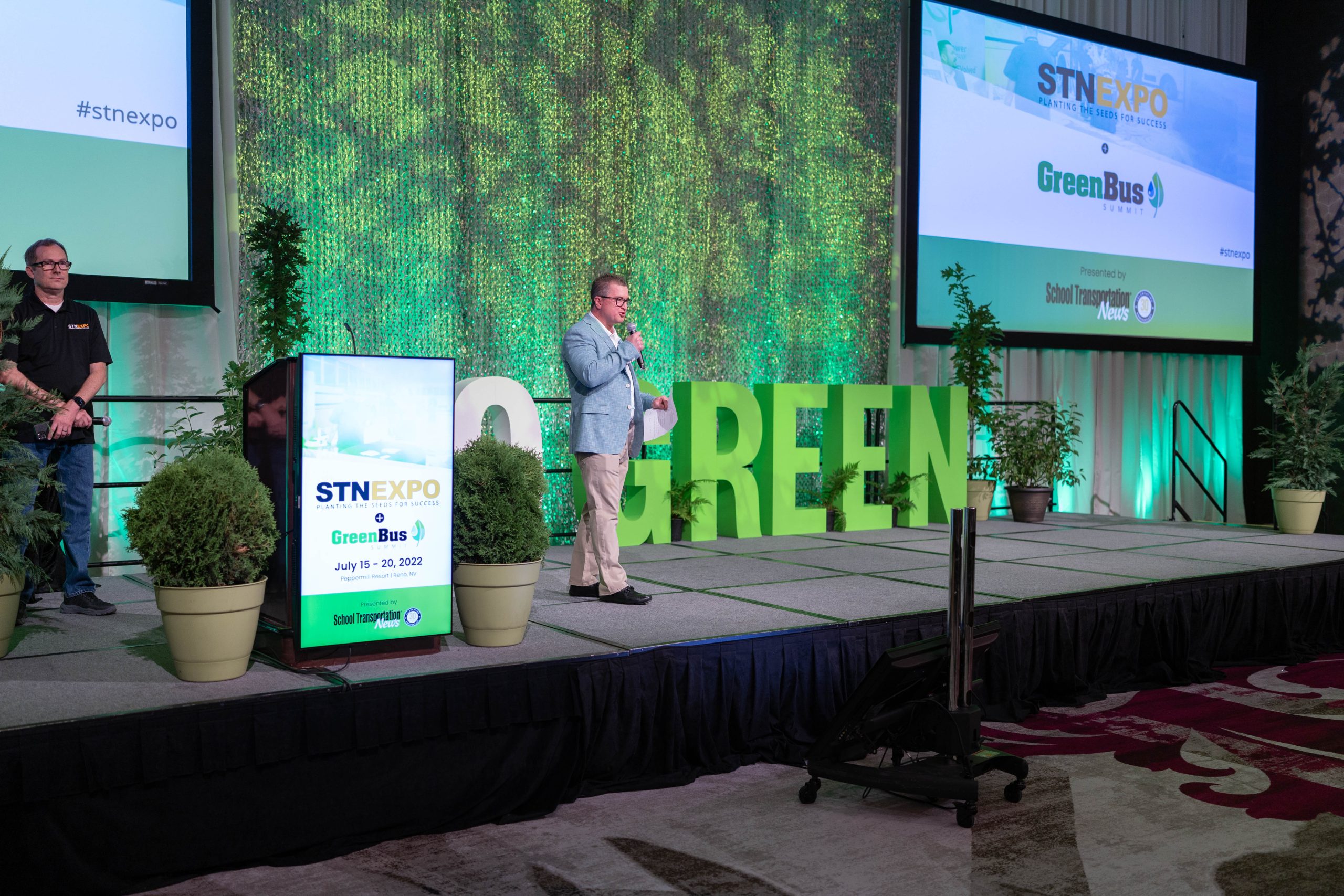 From Reno to MENA: The Green Bus Summit Documented by an Arabic-Language Documentary

The Green Bus Summit at STN EXPO Reno included an international flair with the presence of a production team that captured videos and interviews for a new documentary that will be in the Middle East and North Africa.

“The Road to Zero” is produced by Alhurra, a U.S.-based Arabic-language public satellite television channel funded by Congress. The documentary follows the race to zero greenhouse gas emissions by changing the way things are grown, made and consumed. The goal of documentarians from First Nation Films in Reno was to chronicle the July 17 Green Bus Summit, the work of bus manufacturers and infrastructure providers, the experiences of speakers, and the electric school buses on display.

“The Road to Zero” will also include an interview with Alejandra Nunez, Deputy Assistant Administrator for Mobile Sources at the US Environmental Protection Agency. Nunez delivered the opening address for a July 19 general session on the $5 billion clean school bus program, which his office oversees. Nunez will be interviewed for “The Road to Zero” in Washington, DC next month.

Alhurra is headquartered in Springfield, Virginia, and cannot broadcast programming in the United States, as regulated by the United States Information and Education Act of 1948. As reported by CBS News in 2004, it was launched under the Bush administration to improve America’s image in the region, amid negative portrayals on Arab television. It is funded by a grant from the US Agency for World Media and an independent federal agency funded by Congress.

There is no scheduled release date for “The Road to Zero” as of this report.

Editor’s note: An original version of this article incorrectly referred to Alhurra as part of the Voice of America.