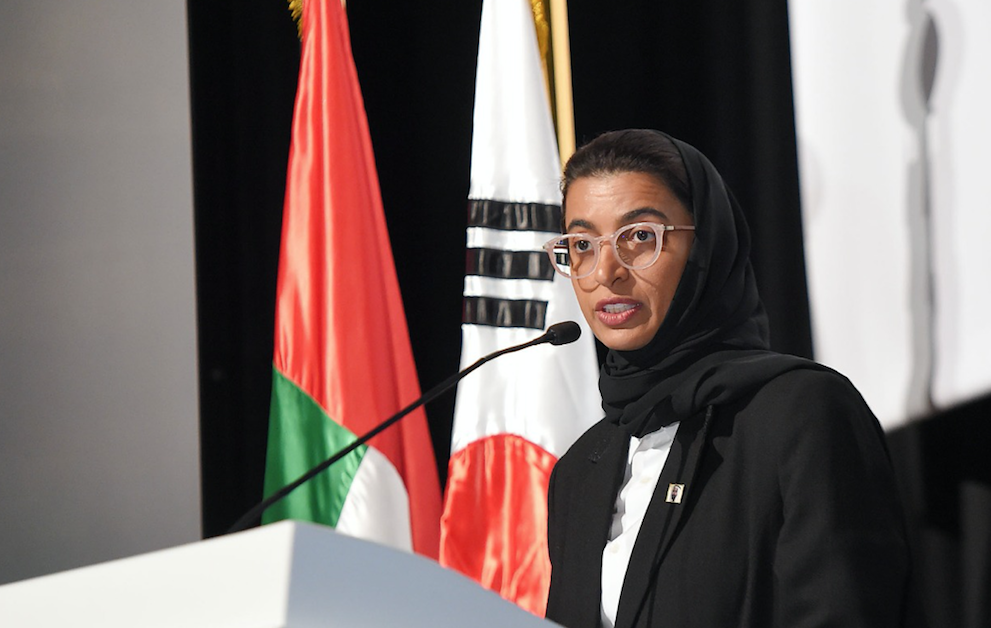 Exclusive: meet the UAE Minister who projects the Arabic language into the future – News

For Noura bint Mohammed Al Kaabi, Arabic is not just a language, it is at the heart of the identity of more than 400 million people around the world.

The UAE has long been at the forefront of enriching, promoting and preserving the Arabic language – and behind these efforts is the lead voice of Noura bint Mohammed Al Kaabi, Minister of Culture and the Youth of the country.

For Al Kaabi, Arabic is not only a communication tool. â€œArabic is a central aspect of the identity consciousness of more than 400 million people. Outside of the Arabic-speaking world, millions of people learn and cherish Arabic because of its religious and historical importance, â€she said.

In an exclusive interview with Khaleej weather, Al Kaabi spoke about the current state of the Arabic language and how the UAE is shaping its future.

Below are excerpts from the interview:

Question: What is the role of the United Arab Emirates in promoting Arabic?

Reply: The UAE has always tried to promote Arabic while encouraging our people to learn skills in other languages. The decision of the UAE Cabinet in 2008 to allow Arabic as an official language in all ministries and federal institutions and entities was an important step. Another important initiative is the Arab Language Charter, announced in 2012, which aimed to strengthen its role and status in society. There are also several other initiatives. On the occasion of the United Nations Arabic Language Day on December 18, 2019, Mohammed Bin Rashid Al Maktoum Global Initiatives launched Arabic language courses on the Madrasa e-learning platform. This aims to enable 50 million Arabic students in Kindergarten to Grade 12 to access free online educational content in the Arabic language.

I would also like to draw attention to a study carried out recently by the Ministry of Culture and Youth. The study, titled â€œReport on the Status and Future of the Arabic Language,â€ examined the role that publishing houses, technology and universities have played in maintaining and enriching the Arabic language.

Q: Are linguists unnecessarily sounding the alarm bells about the future of Arabic? There are over 400 million speakers and a billion Muslims who have at least a basic knowledge of the language. In this context, why is there an imminent threat to Arabic as one of the endangered languages â€‹â€‹in the world?

Raising the alarm on the future of Arabic may be overkill. We recently published a detailed report on the current state of the Arabic language and its future in the Arabic speaking world. The report demonstrates that Arabic continues to be dynamic and powerful, and capable of creative and scientific expressions. The report reveals, with ample evidence, the enormous potential for the language to grow in the future and meet the challenges. He also underlines that Arabic is eminently capable of communication, expression and innovation at all levels.

The publication in Arabic of magazines such as ‘Popular Science’, ‘National Geographic’ and ‘Harvard Business Review’ â€” all published in the United Arab Emirates â€” is a notable development.

While highlighting the strength and growth potential of the language, our report also analyzed the challenges Arabic faces. The absence of strong language policies in several Arab countries, the lack of coordination between the different institutions working for the development of the language, the weak implementation of laws on IPR (intellectual property rights), the lack of interesting books for children and young adults, the lack of an institutional framework for the development of digital content in Arabic, limited research activity to enable Arabic technologically are some of the challenges that we have to overcome.

Q: What is your take on the Arabic curriculum? Should we change teaching methods?

The development of study programs in Arabic must be improved. We need to focus on two different aspects in this regard. One is the development of programs adapted to Arabic speakers in various countries. Another is a program tailored for teaching Arabic as a world language. For example, students of Arabic often do not understand the lived reality of the Arab world due to the emphasis on Standard Arabic in educational programs. The spoken language represents a dynamic aspect of a culture. Another related problem is the lack of qualified human capital capable of providing language training.

Last, but not least, is the lack of agreed quality standards, tools and methods for language teaching. Arab governments, especially ministries of education, should address these issues collectively so that we can develop common standards across the Arab world. In UAE, I think we have developed our curriculum and teaching methods to a very high standard. The same is true for some other countries.

We believe that language teaching should be freed from the old ways of learning grammar and literature. I mean grammar and literature are very important, but learning them should be made more interesting. When designing a language program, we also need to place it within a cultural framework appropriate to each country. For example, an Arabic language program adapted in the United Arab Emirates may not be replicated in another Arab country whose socio-cultural environment may be radically different.

Q: In 2019, Omani author Jokha Alharthi became the first female Arab author to win the prestigious Man Booker Prize for her novel Celestial Bodies. How did his feat shine a light on the Arabic language?

The achievement of Jokha Al Harthi is particularly important because it highlights the literature of the Gulf region. Arabic literature has been read in translation all over the world for a long time. But the most famous Arab authors in the world are mostly from outside the Gulf region: Egypt, Morocco, Lebanon, etc. the cultural life of the Gulf. This is a very welcome development as discussions on the Persian Gulf often revolve around issues related to economics, politics, etc.

Q: What do you think of this perception of Arabic-speaking millennials: “We are not proud of our language, which is the vocal expression of our identity, because the colonist managed to make us believe that it is inferior”?

Researchers like Edward Said have given us many ideas on this aspect. Arabs, regardless of their age and nationality, continue to be proud of their language and culture. It is undeniable that colonialism left a devastating impact on our language and our culture. The report I mentioned above argued that the impact of colonialism on many aspects of our region may have faded over the years, but its destructive impact on our language is visible in many ways even today. ‘hui, especially if we look at our spoken dialects. At the same time, we should also note that people these days may be more open to other cultures and languages, which in my opinion is a positive and welcome development. This does not mean, however, that they lose respect for their language and culture.

2021-03-16
Previous Post: How safe are your headlights?
Next Post: Abu Dhabi Arabic Language Center marks World Poetry Day with the launch of a new literary series “Oyoon Al-Shae’er Al-Arabi” (Eyes of Arabic Poetry) and an evening of poetry