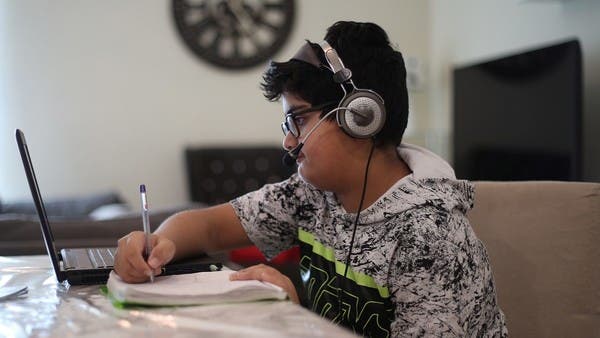 Reading is at the heart of a child’s intellectual development. Arab children are at a disadvantage compared to their English-speaking peers due to gaps in the texts available to early readers. For Arabs to retain their sense of identity, their children must be able to learn Arabic easily. Arabic-language publishers must therefore remedy the shortcomings of their production.

As an Arab parent raising young children in a world dominated by English-language media, I struggled to ensure that my children learned to communicate effectively in Arabic. The easy choice is to ignore our mother tongue, as many parents have done, but my wife and I strongly reject this option for two reasons.

For the latest headlines, follow our Google News channel online or through the app.

First, Arabic remains important in everyday life, whether communicating with others in our region or practicing Islam. Second, the Arabic language is part of my children’s identity. This is part of the answer to the question that my children will eventually ask themselves: who am I?

Those without a strong identity are doomed to suffer from a deep sense of internal psychological distress, which I can see in young Arabs who grew up unable to communicate effectively in Arabic. They don’t look or sound like Americans, nor can they consider themselves full-fledged Arabs. Thus, they feel lost, even if they do not always realize it.

Unfortunately, completely outsourcing the teaching of Arabic to schools is not prudent. It has become important for Arabs to supplement what their children are learning in the classroom with systematic efforts at home. One of the simplest and most effective steps is still reading books with your children.

The problem I encountered is that the selection of first readers of Arabic language books is low. The entry level is satisfactory – I can find the books with large, colorful pictures and a word or two on the page.

Literature takes off when it comes to books with whole or multiple paragraphs on each page, which is suitable for children aged eight or older. It includes books that are originally in Arabic or have been translated from English, and no young Arab can hope to exhaust the choices available. For young adults, the options are great.

The problem concerns 5 to 7 year olds, for whom a page with a paragraph in small font is too hard. Once they’ve mastered simple words and are ready to move on to short phrases or a few sentences on the page, the options are minimal.

Supply of 80,000 copies of the Holy Quran to Masjid Haram on the occasion of the arrival of Hajj pilgrims. (File image)

In contrast, in English, countless options are available at each rung of the reading ladder. Moreover, unlike their Arabic-speaking counterparts, it is clear that the English language options reflect a methodical approach to the science of learning. The books systematically build the elements of reading so that the child can gain confidence and develop an intrinsic love of reading.

Unfortunately for a five-year-old Arab child, the options available make reading a chore and impede his progress. It’s even easier to slide into the simple option of dropping Arabic and focusing on English.

In defense of Arab publishers, the English have a vibrant history in the literary arts. In the 18th and 19th centuries, while the Germans excelled in music and the French dominated the world in the visual arts, the English distinguished themselves in literature.

This makes it understandable that modern Arabic-language literature is not as developed as its English-language counterpart. However, when it comes to children’s books, the gap remains inexcusably large. Moreover, it is clear that Arabic language books are not based on a scientific approach to teaching the Arabic language, and this needs to change.

This can be seen in the way the books are marketed in online bookstores: those in English clarify the skills the child should expect to acquire from the book in question and show you images of typical pages from the book so that you can select the appropriate text for your child. In Arabic you see nothing more than the cover of the book and a wide age range which is often inaccurate or unrealistic.

Some excellent online services have emerged such as AlefBaTa and they have obviously approached the teaching of the Arabic language using modern teaching techniques. However, like most parents, I want to reduce screen time for my young children. I want to sit on the couch with my daughter and son with a physical book in hand, point to words and say them together.

For Arabs, our most sacred text – and the one that is central to our identity – is the Holy Quran. Unfortunately, we are raising children who cannot read it. Since the first word of the Quran to be revealed was the imperative “to read” or “to recite”, we must teach our children well. With a few simple changes, Arabic language editors can make a significant and positive contribution to solving this problem.

Disclaimer:
The opinions expressed by the authors in this section are their own and do not reflect the views of Al Arabiya English.

2022-06-27
Previous Post: The Saudi Academy of the Arabic Language will organize the closing ceremony of the “Arabic hackathon” on Saturday
Next Post: Arabic music returns to Cacela Velha